Changing the State of Hate-Crime Laws in Pennsylvania 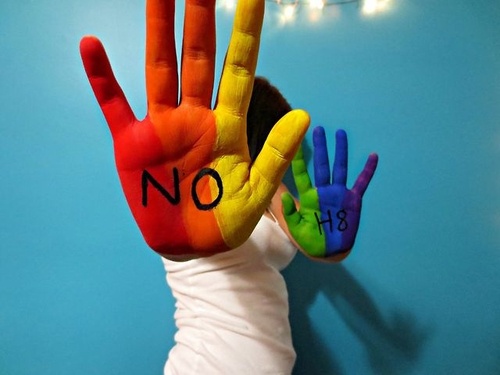 On Sept. 11, two gay men, ages 27 and 28, were brutally gay-bashed, allegedly by a group of young people who were dining earlier that evening at La Viola in Philadelphia. The two men went to the hospital with injuries, one with a broken jaw that needed to be wired shut, all of which police say was preceded by disparaging remarks about their sexual orientation. Since then, it has been a whirlwind; after two weeks of investigation and through the help of social media, three of the alleged 15 assailants were charged with crimes associated with the incident—simple assault, aggravated assault, recklessly endangering another person and criminal conspiracy—but shockingly, hate crimes are missing among the charges listed.
Sexual orientation is the third most prevalent hate crime behind race and religion—and yet once again, we have no protections for the LGBTQ community in Pennsylvania. A hate crime is an act motivated by prejudice or bias. It all lies in the motivation behind the act and not the act itself. In Pennsylvania, the laws only protect people from crimes committed because of one’s real or perceived race, color, religion, national origin, or ancestry. Forty-five states and the District of Columbia have statutes criminalizing various types of bias-motivated violence or intimidation (the exceptions are Arkansas, Georgia—whose hate-crime statute was struck down by the Georgia Supreme Court in 2004—Indiana, South Carolina and Wyoming). Each of these statutes covers bias on the basis of race, religion and ethnicity; 31 of them cover sexual orientation; 28 cover gender and only 16 cover transgender/gender-identity.
What a lot of people do not realize is that Pennsylvania did at one point have hate-crime protections in place for the LGBTQ community. The Hate Crime Law was amended in 2002 to include sexual orientation, as well as gender identity and physical or mental disability, in the ethnic-intimidation statute, but the state Supreme Court struck down the expansion in 2008 on procedural grounds and they were all removed from the protection of Pennsylvania’s hate-crime law.
After the beating, our elected and appointed officials refused to stand by and do nothing. State Sen. Jim Ferlo, D-Allegheny; state Rep. Brian Sims, D-Philadelphia; state Rep. Brendan Boyle, D-Philadelphia; Philadelphia Councilman Jim Kenney; and Councilwoman Blondell Reynolds Brown are a few of several politicians who have led the charge to change the state of the hate-crime laws in Pennsylvania. Boyle, who reintroduced a hate-crime bill over a year ago, said his legislation in the Pennsylvania House that would amend the state’s hate-crimes law would pass if leadership in the Republican majority would allow it to come up for a vote, but that could be unlikely as the clock ticks down on the end of this year’s session. Moreover, Ferlo publicly came out during a press conference where he urged his colleagues to get behind statewide hate-crime protections. He said he hasn’t kept his sexual orientation a secret but has never made a public declaration about it either. At one point during the press conference he said, “I’m gay, get over it. It’s a great life.”
Seeing as legislation passing during this session is unlikely and therefore statewide protections will have to wait several months to a year, Philadelphia has taken the matter into its own hands to make sure Philadelphians are protected. Kenney and Reynolds Brown introduced a bill in City Council that would provide hate-crime protections for the LGBTQ community within our city limits.
What I find most unfortunate is that despite the loophole that existed in Pennsylvania laws at the time of this heinous gay-bashing, the alleged assailants could have been charged with hate crimes under the federal hate-crime laws. On Oct. 28, 2009, President Obama signed the Matthew Shepard and James Byrd Jr. Hate Crimes Prevention Act, attached to the National Defense Authorization Act for Fiscal Year 2010, which expanded existing U.S. federal hate-crime law to apply to crimes motivated by a victim’s actual or perceived gender, sexual orientation, gender identity, or disability, and dropped the prerequisite that the victim be engaging in a federally protected activity.
Within a few days of the incident, Kenney sent a letter to the U.S. Attorney’s Office pleading the U.S. Department of Justice to partner with the city’s district attorney and police to investigate the incident and charge the assailants under the federal Matthew Shepard and James Byrd Jr. Hate Crimes Prevention Act, and the U.S. Attorney’s Office apparently declined to do so.
January 2013 was the first time the federal hate-crimes statute has been used to protect the disabled when a woman was charged federally for her crimes against five mentally disabled individuals. Given that Pennsylvania law did not protect disability, U.S. Attorney Zane David Memeger, in conjunction with the Philadelphia District Attorney’s Office, indicted the woman on charges including hate crimes, kidnapping, murder in aid of racketeering, and forced human labor.
Given that there is precedence in Philadelphia for using the federal hate-crime statute when left unprotected in Pennsylvania, I see absolutely no reason why the U.S. Attorney’s Office shouldn’t have stepped in and charged the alleged attackers with federal crimes. All I keep thinking about is what gay people all over the Midwest, the South, small towns and rural areas are thinking if something so reprehensible could happen in the most LGBT-friendly city in the United States.
That these three individuals will never be charged with a hate crime is inconceivable to me, but the nationwide awareness and the community support by individuals and politicians generated from this hateful occurrence outweighs that fact. Love will trump prejudice any day and that has been proven time and again over the last two weeks. •