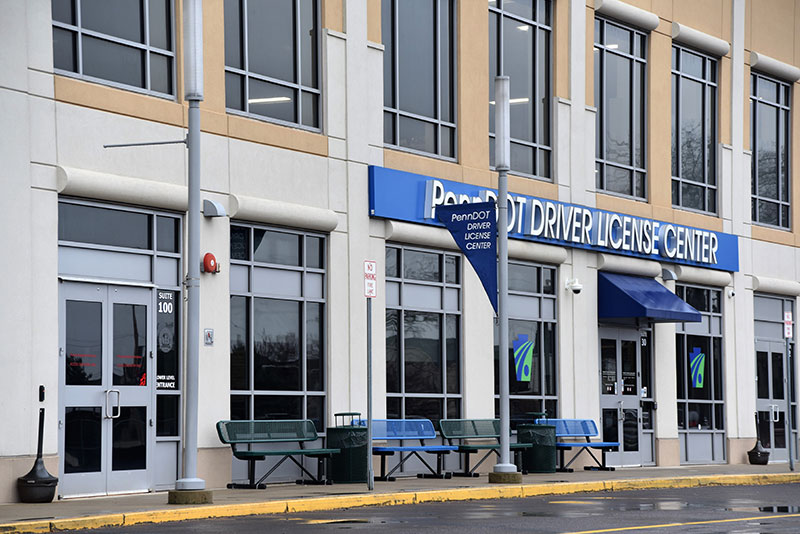 By 2020, Pennsylvania will join a growing number of pioneering states including Washington, Arkansas, Nevada, and Maine allowing driver’s license holders to choose from three gender options, male, female, and the gender-neutral option of X. For those people who identify as gender nonbinary or transgender, this has been a long time coming and a massive win for gender equality.

Several states define gender X as a term used to encompass “a gender that is not exclusively male or female, including, but not limited to, intersex, agender, amalgagender, androgynous, bigender, demigender, female-to-male, genderfluid, genderqueer, male-to-female, neutrois, nonbinary, pangender, third sex, transgender, transsexual, Two Spirit, and unspecified.” Today, more than 7,000 people in the United States currently have gender X markers on official identification, though not all states allow the marker on all legal forms.

And, while we’ve seen lightning-speed progress in the last few years, the United States has been lagging other countries for over a decade. Nepal was the first country to recognize a third gender option in 2007. Pakistan, Bangladesh, Australia, New Zealand, Germany, and Canada also legally recognize nonbinary or “third gender” people.

The District of Columbia and Oregon in mid-2017 were among the first to add a third option for gender on driver’s licenses. Since then, the trend has grown considerably despite the political climate and all the anti-transgender policies the Trump administration has put forth. In just over two years, Pennsylvania will bring the number up to 14 states allowing either third-gender identification or self-identification of gender.

Nevada has always been progressive regarding LGBTQ rights and since adding gender identity to a list of protected categories in employment back in 2011, the state’s DMV has been working diligently to fully recognize transgender and nonbinary identities. In 2010 Nevada became the 10th state to permit gender-neutral IDs for transgender, nonbinary and intersex residents and they didn’t stop there. In 2016, the Nevada Department of Public and Behavioral Health announced it would begin allowing transgender people to update their birth certificates from male to female or vice versa by submitting a sworn affidavit testifying to their gender identity—waiving the surgical requirement common in other states. The affidavit can also be written on their behalf by someone who knows them.

It may seem like common sense to some, but all states should let people self-identify. As it stands now, the process is daunting to say the least, inaccessible to those who need it most, and expensive as you typically need an attorney to help navigate the legal terrain. With that said, studies show that transgender individuals are twice as likely as the average American to live in poverty and that only 11% of transgender individuals have their preferred name and gender on all their IDs.

Having to present an ID that doesn’t conform with a person’s gender presentation often results in mistreatment and even if it doesn’t, the person presenting the ID is constantly alert and cautious. In a 2015 survey with 28,000 transgender respondents, over 32% reported that they experienced denial of benefits or services, verbal and physical harassment, and asked (or forced) to leave an establishment when they presented an ID with a name or gender that didn’t match their outward appearance.

PennDOT has been monitoring the progressive moves by other states and not only heard what their customers wanted but listened. They officially announced the change in July and it will be implemented throughout the commonwealth of Pennsylvania by January 2020.

With that said, there has been pushback by conservative groups who believe that the change is impractical. The socially conservative Pennsylvania Family Institute believes that identification documents should reflect objective facts, like biological sex. The group also objects to the fact that no documentation is needed in order to prove gender identity. Their (unfounded) fear is that if Pennsylvania starts discarding biological sex from identity documents, that it will make it more difficult for police to relay identifying information, potential health insurance fraud, cause medical care complications and create problems in complying with the federal REAL ID requirements.

PennDOT has made assurances that all IDs regardless of gender marker will comply with federal REAL ID requirements and ultimately PennDOT does not need any agency or legislative approval as they have the authority to adopt this change under the state vehicle code.

If you’re on the fence about the upcoming changes in Pennsylvania, try to empathize with what it is like to live in a society where you must present a basic form of ID, which doesn’t reflect who you are, to do anything—from checking into a hotel to enjoying a martini at happy hour, flying, picking up a package at the USPS to walking into the skyscraper where you work. Now, imagine if doing any of those things potentially placed you in physical danger? Maybe, just maybe, you wouldn’t be as active in society—and that is the reality of so many of our transgender and nonbinary community members. No one should have to navigate daily life afraid and feeling unsafe in Pennsylvania, life is about to get just a little easier for transgender and gender nonbinary individuals.