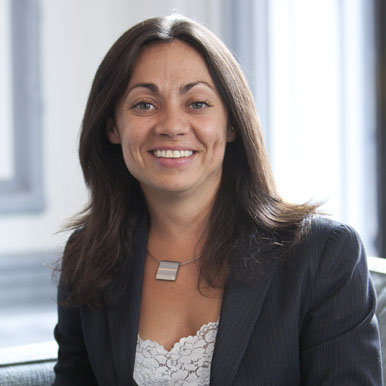 Rainbow flags. Gay cruises. Logo. Domain names?
The LGBT community has carved out plenty of homes for itself, but it has yet to officially claim a stake in the virtual one. While the Internet has played a central role in the community for many years by providing a space to share information, meet other community members and grow LGBT-owned businesses, creating an “.LGBT” domain had never been conceived of until recently.
That’s right — in just a few days, your favorite websites could be Mazzoni.LGBT, AtticYouth.LGBT or PGN.LGBT, and you have Afilias, one of the most influential Internet companies you’ve never heard of, to thank for that.
The Ireland-based company, with U.S. operations headquartered in nearby Horsham, is the world’s second-largest domain registry, with more than 20-million names under management. Afilias powers a wide variety of Top-Level Domains, and will soon support hundreds of new TLDs, including TLDs for cities, brands, communities and generic terms. The .LGBT domain is the first and only web address dedicated to the entire LGBT community. With it, Afilias’ mission is to provide a positive and protected space where community members as well as businesses, organizations and other entities who wish to reach our community can now interact with one another. While it isn’t completely inclusive, “LGBT” is the most accepted and widely used term for our large and diverse community and, according to Community Marketing Inc.’s eighth annual LGBT Community Survey, “LGBT” is also the term most preferred by our community members.
Afilias just ended its “sunrise” period, during which trademark holders were able to register names, and on Feb. 10 registration is open to all LGBT community members and those serving it. A “sunrise” period is a 30-day period where domains are awarded in a first-come, first-served manner; however, eligibility during this period is limited strictly to trademark holders whose marks are registered in the Trademark Clearinghouse.
None of this could be possible without the approval of the Internet Corporation for Assigned Names and Numbers and the Domain Name System. To make a very complicated process simple, in order to reach another person on the Internet, Internet Protocols (more commonly known as IP addresses) are used. Every computer or device on the Internet has a unique IP address, just like a telephone number, which is a rather complicated string of numbers. DNS coordinates these unique identifiers around the entire globe and makes using the Internet easier by allowing a familiar string of letters (the “domain name”) to be used instead of the arcane IP address. So instead of typing 207.151.159.3, you can type www.internic.net. It is a “mnemonic” device that makes addresses easier to remember. Without domain names, the experience of surfing the web as we know it would cease to exist.
ICANN is the organization that is responsible for coordinating DNS, IP addresses, generic Top-Level Domain names (gTLDs) and much more. Since “.LGBT” is considered a gTLD, much like the commonly used “.com,” it is in high demand. This is because domain names can potentially affect how search engines will find a site, as well as how users will remember it. Therefore, TLDs are seen as financially valuable assets because they are believed to be superior to other domain names with respect to both of these elements.
In my opinion, the only foreseeable problem Afilias could run into is maintaining its Acceptable-Use Policy. The AUP is a strict policy enacted to protect the community from possible misuse of the space — i.e., homophobic people or companies with anti-LGBT agendas buying up domains to spread their messages of hate.
The AUP will be policed by Internet users, as it’s impossible for Afilias to monitor the content on each and every site. There is a special page to report abuse of the domain, which will then be submitted to a dedicated department created by Afilias for this purpose. If there is clearly something defamatory like “God hates fags,” Afilias will work its magic and stop the site from working at an .LGBT address. Afilias cannot take sites “down” per se, but AUP violations will result in the site’s removal from the LGBT space.
It’s not to say that defamatory language is impermissible. For example, if an .LGBT site has posted a controversial article and there is a conversation happening in comments on that site that includes defamatory language, that site will not be removed from the registry if it is clear that the site’s existence is not anti-LGBT on purpose, and it was only the comment thread that went awry. If there is anything that questionable, it will be sent to the brand manager, Brett Samuels, to make a final determination.
Afilias is well aware of the First Amendment and that will be of utmost importance in its determinations. Chief Marketing Officer Roland LaPlante put it best: “The large and vibrant LGBT community now has an Internet address that embraces the full breadth and diversity of LGBT people around the world in a protected, inclusive manner.” And in order to make .LGBT a protected space, sites with the intention to be derogatory to the LGBT community will not be tolerated.
Once again, the LGBT community has found yet another place where it can flourish, create and innovate — the World Wide Web.  In the Internet world, TLDs are like beachfront property and on Feb. 10, you can pick up your island oasis!