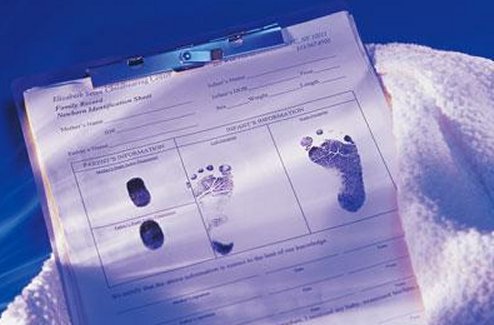 Very few people know the ramifications, consequences and freedoms that come with a birth certificate.
Let’s say for a minute that you are a transgender person — an individual who was born the wrong gender. You’ve seen a doctor and received hormone-replacement therapy, opting not to get gender reassignment for your personal reasons. The day you’ve been waiting for has finally come where you get to update your legal documentation to reflect who you are. Perhaps you hire a lawyer to help you navigate the arduous and antiquated laws of legally changing your name, or you seek out the assistance of one of our local nonprofits like Mazzoni Center. You get an affidavit from your doctor that confirms your hormone-replacement therapy, in order to change your records with the U.S. State Department. And yet, when it comes time to change the ultimate form of identification — your birth certificate — you are unequivocally unable to do so without undergoing gender-reassignment surgery.
The birth certificate is where all forms of identification originate and it is considered to be the gold standard of documentation. Without one, it becomes next to impossible to obtain a driver’s license, passport or state-issued identification card. If you are transgender, things quickly become tricky. Additional steps are necessary to prove that you are who you say you are, and with a variety of requirements to update the different forms of documentation, many transgender people are left in a difficult situation where their various forms of ID do not match up.
For example, as it stands in Pennsylvania and New Jersey, if a transgender person who has not undergone gender-reassignment surgery gets a driver’s license, he or she has to submit all of the documentation required of anyone, as well as a signed affidavit from a doctor stating the gender because, otherwise, the license would default to the gender marker on the birth certificate. But then, when they present their license and birth certificate to a potential employer, the gender markers do not align, outing them as transgender.
Birth-certificate laws are particularly unique because the laws of the state you were born in follow you, regardless of the state you may be living in when you wish to change your birth certificate gender marker. In other words, if you were born in Pennsylvania but now live in Minnesota, you are still bound by Pennsylvania birth-certificate laws. Thankfully, for transgender people born in the state of New Jersey, relief may soon be a reality.
On Dec. 19, the New Jersey state Senate passed bill A4097 by a vote of 21-11. The bill, sponsored by Senate Health and Human Services Chairman Joseph F. Vitale and Senate Majority Leader Loretta Weinberg, previously passed through the state Assembly in June by a vote of 43-27. It would require New Jersey to issue amended birth certificates to transgender individuals who have received hormone-replacement therapy, as opposed to only those who have undergone gender-reassignment surgery, allowing thousands of citizens the ability to correct their birth certificates for the first time. This will put New Jersey’s process on par with many other states and that of the federal Department of State, Department of Veterans Affairs and Social Security Administration. Bill A4097 also includes language that will allow minors to have their birth certificates amended with the consent of their parent or guardian. This will be a huge step towards protecting transgender youth from potential bullying and harassment.
The legislation has now been sent to Gov. Chris Christie to be signed into law. It is unclear at this time whether or not Christie will exercise his right to veto the bill. While Christie, an observant Catholic, has sided with most Republican and conservative viewpoints on LGBT issues, he stunned everyone when he didn’t exercise his right to appeal and block same-sex marriage for New Jersey back in October. If Christie does not block the bill and it passes, this could inspire legislators in other states (cough, cough, Pennsylvania) to follow suit and allow all transgender citizens the ability to amend their birth certificates.
It may seem like a novel concept, but transgender individuals and youth should be allowed the same protections and freedoms granted to all citizens.
Read more:PGN-The Philadelphia Gay News. Phila gay news. philly news – N J trans birth certificate bill one step closer