No Justice, No Pride: How Pride Can Aid the Immediate Social Movement 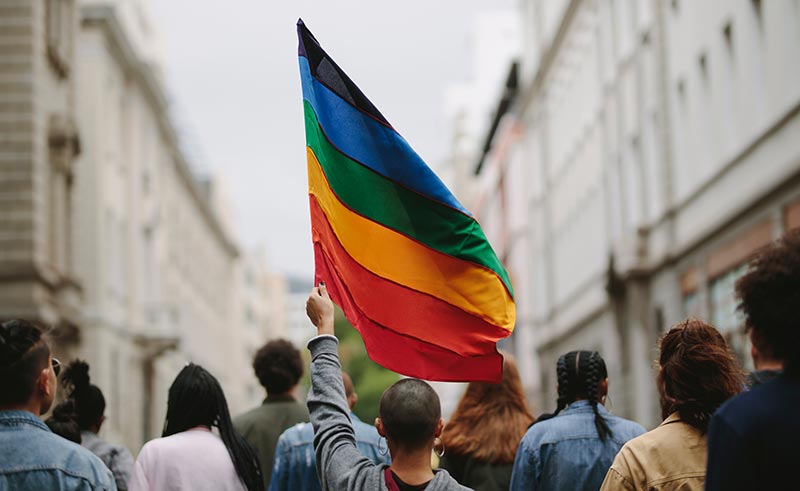 June 1 marked the beginning of Pride Month, but it ultimately passed without the usual fanfare. While it was known globally that COVID-19 would upend Pride celebrations everywhere, what we could not foresee was the tragic and unjust murder of George Floyd and most recently, Tony McDade, a black transgender man shot by police in Tallahassee, Florida.

The protests, marches and riots around the world that have followed, specifically in the wake of George Floyd’s death, has forced an introspective look at Pride Month and what the LGBTQ+ community can be doing to stand with black people in this moment of civil unrest and social change.

In the past 50 years, Pride has morphed from what began as a protest following the Stonewall Riots in New York to a celebratory parade around the world filled with unity and self-expression. And let us not forget, especially now, that the Stonewall Riots were started by two transgender people of color, Sylvia Rivera and Marsha P. Brown.

This year, however, Pride’s appearance has changed already due to the COVID-19 and must change further to aid in the urgent struggle for race equality.

In March, all major pride organizations announced that Pride parades would be virtual and Interpride and the European Pride Organizers Association has scheduled a global virtual pride for June 27, a 24-hour live-streamed event intended to mimic the full day of traffic-halting festivities that are infamous worldwide, in collaboration with groups from Europe, the United States and Canada.

The heads of the two organizations, in advertising this change of plans, have called attention to the increased need for a virtual Pride celebrations in the wake of COVID-19 and the opportunities that it presents. While people find themselves quarantined in potentially hostile home environments, they are hoping that a global Pride celebration on this scale will reach not only those in big cities that typically attend the Pride events but marginalized LGBTQ+ individuals living in rural and small towns across the globe where people face direct persecution daily.

Following George Floyd and Tony McDade’s deaths, The LGBTQ+ community is finally addressing issues of intersectionality. The definition of intersectionality is, “the interconnected nature of social categorizations such as race, class and gender as they apply to a given individual or group, regarded as creating overlapping and interdependent systems of discrimination or disadvantage.”

In a blog that I read penned by Another Angry Women intersectionality is described as:

NYC Pride and GLAAD have organized a virtual livestream rally led by two black transgender activists, Ashley Preston and Brian Smith. NYC Pride and GLAAD hope to promote conversation, education and virtually reach a wider viewership in need of solidarity during these times, as well as support for ongoing protests against race inequality.

For us to just say their names this month is not enough. For us to just update our social media profile pictures is not enough. Many human rights organizers are spreading the hashtag #nojusticenopride, calling for a cease in the usual celebrations, virtual or otherwise, and a push to join the protests. After all, the Stonewall Riots, which eventually became the “Pride Parade” was started by two transgender people of color: Rivera and Brown.

While Pride for so many may feel lost, it is essential to remember Pride isn’t just a party, it’s a protest and there is PLENTY to protest right now. The black community, especially the black LGBTQ+ community, is under fire and as allies, we must AMPLIFY their voices and stand alongside them in their protests.

Furthermore, as the organizers of L.A. Pride remind us, Pride is not just a month, it is living and breathing every day, celebrating and fighting for triumphs. Now and always is the time for action for the entire LGBTQ+ community and this year, it means joining our black community members in protests, online or otherwise, to end systemic racism and call for a just system that supports everyone equally.