PhillyGayLawyer in Legal Intelligencer: Hanes May Be Right, but Still on Wrong Side of the Law 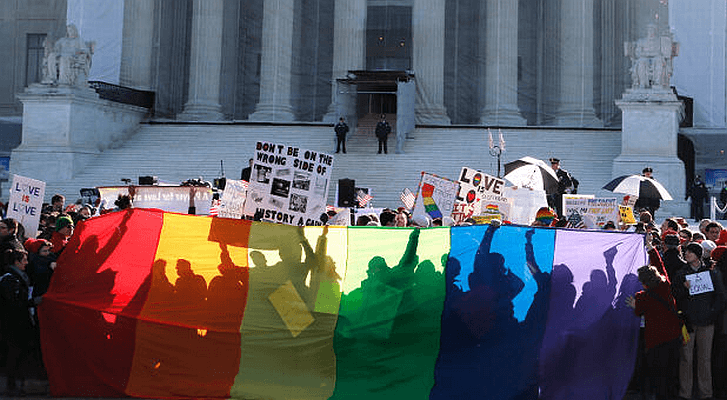 Montgomery County Register of Wills D. Bruce Hanes, who issued marriage licenses to 174 same-sex couples, is appealing an order by Commonwealth Court President Judge Dan Pellegrini to stop, citing the Pennsylvania 1996 law that defines marriage as only between a man and a woman. While Hanes is on the right side of history, he is currently on the wrong side of the law.

Historically, civil disobedience has been a powerful force in fighting against unjust government actions. Rosa Parks was a catalyst of change when she decided to sit where she was unwelcome. At that point in history the law did not protect Parks’ rights, so she took the law into her own hands. Hanes’ attempts to overthrow the Pennsylvania Marriage Act, while rooted in an honorable cause, are a dangerous example to set for other county officers and public officials across the country.

As a county officer whose role is ministerial and not judicial, Hanes’ acts of civil disobedience are in direct contravention of the laws of Pennsylvania and his responsibility to enforce them, despite his belief that denying same-sex couples the right to marry is unconstitutional. By issuing licenses, Hanes is interpreting the law and acting on his own accord, which could cause a ripple effect and stir opponents of gay marriage to do the same.

Case in point: Even though same-sex marriage has been legal in New York since 2011, a county clerk in Jefferson Center, Mary MacDonald, is refusing to issue marriage licenses to same-sex couples. She claims she will not issue a license or any other like it and is defying state officials to do something about it. MacDonald told reporters that “marriage is not something you play around with, it’s a sacred right and you can’t legislate a sacred right.” As further legal basis for her refusal to issue marriage licenses, MacDonald cites a glitch in county law that allows clerks the right to refuse licenses. As it stands, state officials are at a loss as to how to deal with the case.

Similar to MacDonald in New York, Los Alamos County, N.M., clerk Sharon Shover is refusing to issue marriage licenses even in the face of a judge’s order. Shover is publicly standing up to the order, saying the state-issued forms currently say “bride” and “groom,” and that the decision to change the definition of marriage should be made by the state’s Supreme Court or by the legislature and not a clerk or a district judge. Standing firm, Shover appeared in court to argue her defense and was once again ordered to issue the licenses.

The New Mexico Supreme Court agreed recently to decide once and for all whether same-sex marriage should be legal statewide. The high court set a hearing for October 23 to consider a request from all 33 counties to settle the matter.

While some LGBT activists nationwide are acclaiming the actions of Hanes as heroic, others are trepidatious because Hanes’ actions muddies the legal waters. Pellegrini mentioned throughout oral arguments that much of the U.S. Supreme Court’s landmark decision in United States v. Windsor, 570 U.S. ___ (2013), dealt with the case’s complex procedural history due to the fact that the U.S. attorney general, much like Pennsylvania’s attorney general in the American Civil Liberties Union’s federal case, declined to defend the Defense of Marriage Act.

In any of the above instances, whether the statute to be enforced is constitutional or not, rule of law mandates that it must be obeyed until it is repealed or amended by the courts or the legislature — the bodies empowered to decide the constitutionality of laws. Rule of law dictates that government must be conducted according to the laws in effect.

There is litigation in motion on several fronts that seeks to achieve the same end as Hanes. The ACLU has spent over a year carefully piecing together a case in which it has chosen 23 plaintiffs to prove Pennsylvania’s ban on same-sex marriage violates the U.S. Constitution, on both equal protection grounds and due process grounds. The case aims to add Pennsylvania to the growing list of states permitting same-sex marriage, currently 13 plus the District of Columbia.

Moreover, another couple has filed a declaratory action in Commonwealth Court. Cletus Lyman of Lyman & Ash, who is representing the couple, argued that Pennsylvania’s “marriage law, on its face, conflicts with the Pennsylvania Constitution.” The suit refers to five sections of the state constitution that the law, which restricts marriage to people of opposite sex, violates.

As far as what is to come, it is possible that this intervention by Hanes may put Pennsylvania on an expedited path toward a statewide marriage solution similar to what occurred in New Mexico. However, Hanes, MacDonald and Shover, as county clerks, have granted themselves the power to act as interpreters of the law rather than enforcers of it. This action, and those being taken around the country by opponents and proponents of marriage equality alike, could open up space for any public official to write his or her preferences into the law.

The law, while inherently unconstitutional in my opinion, is clear in Pennsylvania. It is neither the role of the executive branch nor a local official to change it. Therefore, no matter where one stands on the question of the definition of marriage, the litigation brawl must be won through the appropriate legal channels.

Angela D. Giampolo is the principal of Giampolo Law Group, which specializes in business law, LGBT law and real estate. She maintains offices in both Pennsylvania and New Jersey and can be reached at 215-645-2415 or [email protected]. Follow her blog at www.phillygaylawyer.com