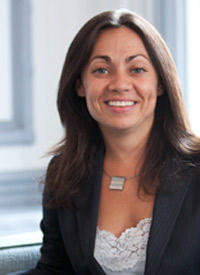 Since its rise in 1993, the Club has served as the center point of Philadelphia’s business, social, cultural, academic and political sectors. This month they have named PhillyGayLawyer, Angela D. Giampolo as Member of the Month.
As an LGBT Legal Expert, Entrepreneur, Activist, and AuthorAngela D. Giampolo is one of the Philadelphia region’s most accomplished attorneys, innovative entrepreneurs, and dedicated community leaders. In 2008, Angela formed Giampolo Law Group (GLG) – a boutique international law firm dedicated to identifying and fulfilling a broad range of legal and business needs for its clients. GLG delivers comprehensive, innovative, efficient, and results-driven legal solutions to setup, develop, and optimize your business endeavors and protect your personal assets and individual rights. As founder Angela knowledge of the law is matched only by her desire to serve every client equally and effectively. Her legal expertise spans a wide variety of practice areas, including Corporate Law, Real Estate, International Law (Asia and Africa), Civil Rights, LGBT Law, and Estate Planning.
This past year, Angela was named one of Philadelphia Business Journal’s 40 under 40 and Giampolo Law Group was named as one of the Top 25 LGBT-Owned Business in the region. Angela is the owner and founder of Philadelphia’s most popular LGBT law blog and resource directory, www.phillygaylawyer.com. She is a frequent presenter for National Business Institute, and LawReview CLE and a legal columnist for the Philadelphia Business Journal, The Philadelphia Gay News, Echelon Magazine, and Edge Media.
Angela is also on the board of many local, statewide, and national non-profit organizations, including the Victory Fund, Equality Forum, International Visitors Council, the National Adoption Center, Liberty City Democratic Club, LAMBDA Legal’s Philadelphia Committee. Moreover, she also serves as President of the Board of Philadelphia Gay and Lesbian Lawyers of Philadelphia (GALLOP) and is involved with the National Gay and Lesbian Chamber of Commerce (NGLCC).
Ms. Giampolo is currently completing her first book, a narrative and pictorial review of her favorite open air, rooftop bars and lounges from around the world.
Prior to starting GLG, Ms. Giampolo cut her teeth at a franchise boutique law firm, specializing with clients focused on expanding internationally. Ms. Giampolo also worked in government at the Office of General Counsel in Harrisburg mainly with the Corporations Bureau and the Election Law Division, as well as with the United Nations at the International Criminal Tribunal for Rwanda in prosecuting those responsible for the Rwandan Genocide of 1994.
Ms. Giampolo is barred in the Commonwealth of Pennsylvania and the State of New Jersey. She is also credentialed by the Court of Appeals for Veteran Claim, and is certified in mediation and advocacy from Good Shepherd Mediation Center. Ms. Giampolo is a member of the American Bar Association, the International Bar Association, the Pennsylvania Bar Association, the Philadelphia Bar Association, and the Gay and Lesbian Lawyers of Philadelphia.
Ms. Giampolo received her Juris Doctorate degree from Temple University’s Beasley School of Law. She completed joint JD / MBA coursework at Temple’s prestigious Fox School of Business. Prior to graduating, she was inducted as a Fellow of the Rubin Public Interest Society. She also holds a Certificate of Law in Chinese Law from Tsinghua University in Beijing, China. Ms. Giampolo received a dual Bachelor of Arts in Political Science and Psychology, with a Minor in Women’s Studies and International Relations from LaSalle University.