Prospects for Pride in a Trump Era 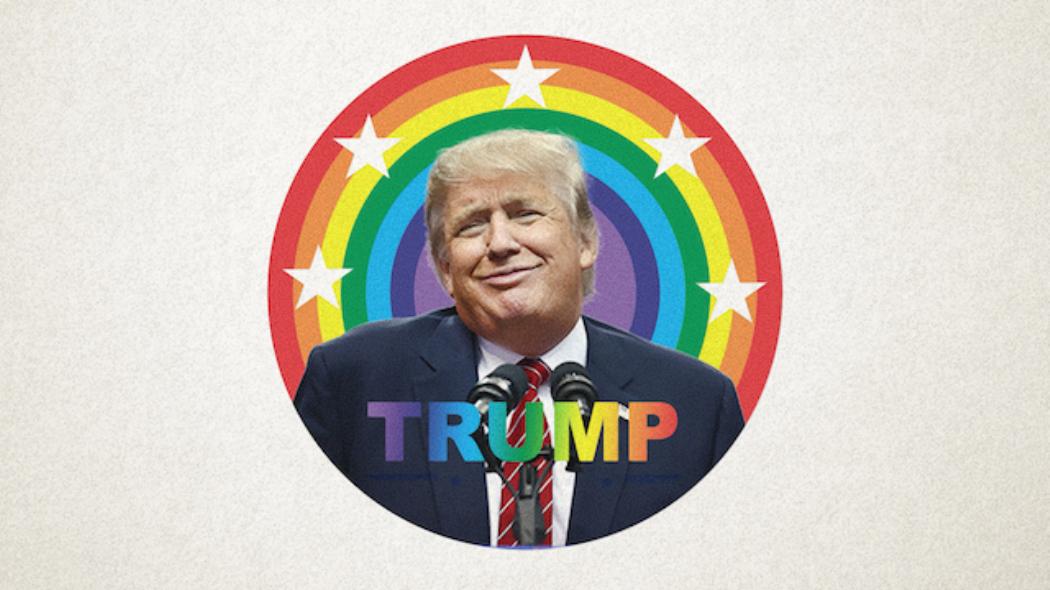 As we move toward Trump’s half-year mark in office, it is becoming clearer that the Trump administration does not intend to continue its predecessors’ prioritization of the protection of the rights and liberties of the LGBT community. Contrary to promises made during his campaign trail to be “good to the gays” and to protect the LGBT community from violence and oppression, the President’s actions since stepping in to office reveal that many of these promises are unlikely to come to fruition under the current administration.
Trump’s objectives regarding protection of LGBT rights have most recently been demonstrated by his failure to include LGBT Pride in his list of the various communities honored throughout the Month of June, diverting from the relatively recent but well-established tradition set by his predecessors. Former President Bill Clinton was the first president to formally acknowledge June as Pride Month through proclamation, followed by annual proclamations each year of former President Obama’s two terms. In his initial proclamation, Clinton said that the Month recognizes those joys and sorrows that have been witnessed by the LGBT movement, as well as all the work that remains to be done.
Being the first GOP nominee to address the LGBT community in his nomination acceptance speech, Trump’s lack of acknowledgment of LGBT Pride Month raises questions about the sincerity of his “historic” stance within the Republican Party of affirmatively supporting the protection of LGBT rights. The President did, however, issue five individual proclamations recognizing June as National Caribbean-American Heritage Month, African-American Music Appreciation Month, National Homeownership Month, Great Outdoors Month, and National Ocean Month, indicating that he deliberately chose to stray from the nationally practiced tradition of celebrating LGBT Pride Month.
Recognition of LGBT Pride Month is vital for the continued protection of LGBT rights for key reasons. In addition to celebrating love and equality, Pride Month is a way to recognize the impacts that LGBT individuals have made throughout history, both nationally and internationally. Pride also serves an important role in reminding us of the violence, discrimination, and oppression that LGBT individuals have faced in the past.
The history of Pride stems back to 1970, a year after the famous Stonewall Riots took place in New York. Demonstrating some of the most significant instances of LGBT resistance against police discrimination, the Stonewall Riots represent the seed that grew to become the widespread LGBT rights movement that, until now, has been acknowledged and honored by U.S. Presidents over the past sixteen years. Remembering LGBT history through the celebration of Pride is an invaluable way that we are able to continue with the progression of equality and justice. The President’s silence on the matter is an alarming sign indicating that he may not appreciate the importance of remembering the history of Pride and the purposes it continues to serve.
Other concerns regarding the future of LGBT rights have also been raised by the administration’s lifting of former President Obama’s guidance for the protection of transgender students in schools, an executive order limiting federal enforcement of the Johnson Amendment restrictions on political participation by tax-exempt religious groups, and a bill overturning former President Obama’s executive order that required that all companies seeking contracts with the federal government demonstrate compliance with federal anti-discrimination laws.
Fortunately, the effects of the President’s recent actions and inactions may not have significant impacts in practice. Many state and local governments have no intention to stray from those practices established under Obama’s presidency. Additionally, none of Trump’s executive orders, thus far, have contained specific language that would allow discrimination based on sexual orientation. Rather, his orders have been subjected to criticism from the other side of the spectrum for being indirect and toothless. As for his failure to issue a proclamation for June Pride Month, the President has not taken any affirmative steps to prevent various federal agencies and branches of the Armed Services from celebrating June LGBT Pride Month. The Department of Defense Pride Association, for example, hosted an LGBT Pride event at the Pentagon on June 12. Additionally, state and local governments have taken it upon themselves to acknowledge June as LGBT Pride Month, and have continued to host events and celebrations that have become tradition over the years. Pride festivals in Philadelphia, New York, and D.C. had massive turnouts, and New Hope celebrated its largest Pride Festival yet.
While Trump’s failure to honor LGBT Pride Month is yet another disappointment, it is of critical importance that the LGBT community and its allies continue to come together to celebrate the progress we’ve made since the Stonewall Riots, and to continue fighting for the rights that we all deserve. Resilience and perseverance have allowed us to push through difficult times in the past, and we will continue to push through difficult times ahead. But we have come too far and have been fighting for too long to allow Trump’s silence to silence us now.