The future of marriage equality cases in the United States 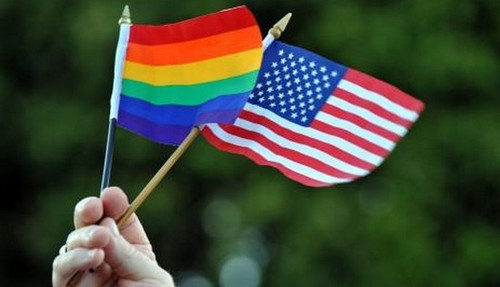 We have entered a new era. Every single state with a ban against same-sex marriage has a lawsuit in place — now that the nation’s last unchallenged state, North Dakota, has lost that status. A lawsuit was filed last week to challenge that state’s bans, along with ones in Montana and South Dakota. While we in Pennsylvania are celebrating our hard-earned victory for marriage equality, the battle is just beginning in these and other states. But, these state-by-state battles are securing that an inevitable Supreme Court ruling will be in our favor.
The same-sex marriage movement has enjoyed a streak of more than a dozen victories in federal courts since Windsor v. United States. In six states we’ve had clean wins: New Jersey, Hawaii, Illinois, New Mexico, Oregon and Pennsylvania. Federal judges have invalidated bans in six other states — Utah, Oklahoma, Texas, Virginia, Michigan and Idaho — but those decisions have been stayed pending appeals. Lastly, in Arkansas, a state judge struck down that state’s ban; the ruling has been stayed and is under appeal. Regardless of the process, since Windsor, no state ban against same-sex marriage has survived a court challenge and the last two cases, in Oregon and Pennsylvania, were delivered with governing officials in both states saying they would not appeal. Same-sex couples are now allowed to legally marry in 19 states, and more than two in five Americans live in such states.
While the war in North Dakota was just waged, there are several cases that will be settled in the coming months.
In Arizona, activists are collecting signatures to put marriage equality on the ballot and overturn the 2008 constitutional amendment banning same-sex marriage. In 2012, a poll found 77 percent of that state’s voters support either same-sex marriage or civil unions. Some Arizona cities are taking matters into their own hands. Last summer, the City Council of Bisbee, Ariz., voted to allow civil unions, making it the first town in Arizona to offer legal recognition of gay couples. Whether these ordinances are constitutional or not hasn’t prevented other cities, including Tempe, from considering similar ordinances.
In Colorado, gay-rights advocates are eager to overturn the state’s 2006 constitutional ban on marriage equality, but the speaker of the state House, Mark Ferrandino, who is openly gay, suggests not trying to move too fast. The state just began recognizing civil unions last spring. A poll this spring found 61 percent of Colorado voters support marriage equality.
In Ohio, a federal judge ruled last year that the state must recognize legal out-of-state same-sex marriages for the purpose of death certificates. A gay couple where one partner, who has since died, had been diagnosed with terminal ALS won the right in Ohio to arrange his partner’s funeral, and to one day be buried next to one another. The ruling was narrow, but could pave the way for more legal challenges to Ohio’s ban on gay marriage. Although Republican Attorney General Mike DeWine said he will appeal the decision.
A federal appeals court will consider Nevada’s ban on marriage equality in September, following a 2012 federal judge’s upholding of the law. Last spring, the state legislature began the multiyear process of repealing Nevada’s constitutional amendment banning same-sex marriage. Two legislatures must approve the measure before it is put to voters, so the earliest marriage equality can get on the ballot is 2016. However, in Feburary, Nevada Gov. Brian Sandoval (R) and Attorney General Catherine Cortez Masto (D) said they would no longer defend the state’s marriage ban in the pending court case, setting Nevada up to become one of the next states to legalize same-sex marriage.
Indiana is one of the few states with a law banning same-sex marriage but no constitutional amendment doing the same. In March, a federal judge ordered the state to recognize the marriage of a lesbian couple married out of state before one of the women died of cancer. The ruling only applied to the one couple, but it has opened a door for broader recognition.
The marriage-equality battle may just be getting started in Montana and the Dakotas, but Arizona, Colorado, Ohio, Nevada and Indiana are poised to make big moves in the near future. Whether or not these rulings proceed with flying rainbows like the cases in Oregon and Pennsylvania, or are stayed like those in Utah, Oklahoma, Virginia, etc., remains to seen. The unfortunate truth is that the more rulings that are stayed, the more pressure it puts on the circuit courts to make their own rulings or send these cases to the U.S. Supreme Court to make a final determination to recognize all same-sex marraiges throughout the United States.
Let freedom (and wedding bells) ring!
Read more:PGN-The Philadelphia Gay News. Phila gay news. philly news – The future of marriage equality cases in the United States