THE PHILADELPHIA INQUIRER | And now, welcome to same-sex divorce 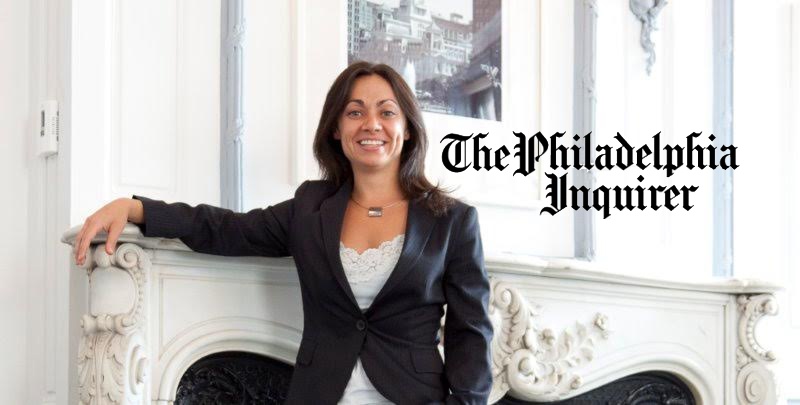 The Philadelphia Inquirer reveals the pink elephant in the room – with gay marriage comes gay divorce. While divorce in the LGBT community isn’t new, legally the landscape has changed. Lawyers like myself and Dan Clifford have long shown that simply marketing to the LGBT community doesn’t buy their trust! Take a look at this great article!

First comes love, then comes marriage, then comes, sometimes, divorce.
Even as gay and lesbian couples rejoiced last week over the Supreme Court’s ruling in support of marriage equality, attorneys were ready for the inevitable – same-sex divorce.
Philadelphia lawyer Angela Giampolo performed her first same-sex divorce 15 minutes after U.S. District Judge John E. Jones III established marriage equality in Pennsylvania in May 2014.
According to the Williams Institute at the University of California, Los Angeles, School of Law, which conducts research on sexual orientation and gender-identity law, in states where same-sex marriage has been legal for several years and in those that have allowed nonmarital unions, there was a 1.6 percent annual dissolution rate of those relationships as of December 2014.
The annual dissolution rate for different-sex couples is 2 percent, according to the institute.
It is too early to tell where the same-sex divorce rate stands nationally, but Giampolo estimated that “easily” thousands of Pennsylvania couples have ended their same-sex marriages.
Giampolo, founder of Giampolo Law Group, works in family and divorce practice. When she started specializing in LGBT law in 2008, she said, the category was not yet recognized in the legal community.
She is the chair of Gay and Lesbian Lawyers of Philadelphia.
Giampolo said the 2014 federal court ruling that legalized same-sex marriage in Pennsylvania triggered an immediate demand for divorces by same-sex couples who were living in the state, but who had married elsewhere.
Giampolo said those couples fell victim to “wedlock” – the legal inability to end a same-sex marriage obtained in a state where it was legal at a time when it was not recognized in Pennsylvania.
Thirty-six hours after the court decision, Conor Corcoran, a Philadelphia lawyer whose website boasts an expertise in copyright infringement, libel law, and medical malpractice, among other areas, launched a website called AdamvsSteve.com. He advertised his firm as the “nation’s first LGBTQ divorce attorneys,” a claim others say is overstated.
Dan Clifford, a former chair of the 1,400-member Family Law Section of the Pennsylvania Bar Association, said it was unusual for a divorce lawyer to offer nationwide service, since divorce law varies from state to state. Clifford, who tied the knot with his husband in October after 23 years of partnership, has been handling divorces for 30 years and has extensive experience helping same-sex couples dissolve their unions.
Though now “LGBT couples are in the same position as any other couples,” Clifford said, separation for same-sex couples was previously difficult enough that “a lot of family lawyers wouldn’t even touch those cases.”
More often than not, he said, lawyers working on LGBT cases specialize in LGBT issues.
Thomas Ude, the legal and public policy director of the Mazzoni Center, an LGBT health and wellness center in Center City, said he knows that same-sex divorce has already been handled by Philadelphia lawyers in the last year and suspects lawyers in other states have been doing so for years. The center’s legal experts have assisted lower-income LGBT individuals with aspects of marriage and family law – albeit not same-sex divorce until last year – for nearly two decades, he said.
Corcoran said he had handled civil marriage arrangements since he started practicing law 13 years ago.
Though he has not yet had a client through AdamvsSteve.com, Corcoran said, “Eventually, it’s going to come time for people to split up.”
“When that happens, I want to be known as a lawyer you want to go to for not only his confidence as a lawyer,” Corcoran said, “but also for his humor and kindness about the matter.”
Same-sex couples need attorneys who are “culturally competent,” Ude said, and have experience in LGBT legal issues. That shouldn’t be a problem for them, Giampolo said.
People in the LGBT community have “an authenticity radar,” Giampolo said – they “know whether someone we’re going to be spending our money with really wants to help us.”
The Philadelphia Inquirer | And now, welcome to same-sex divorce