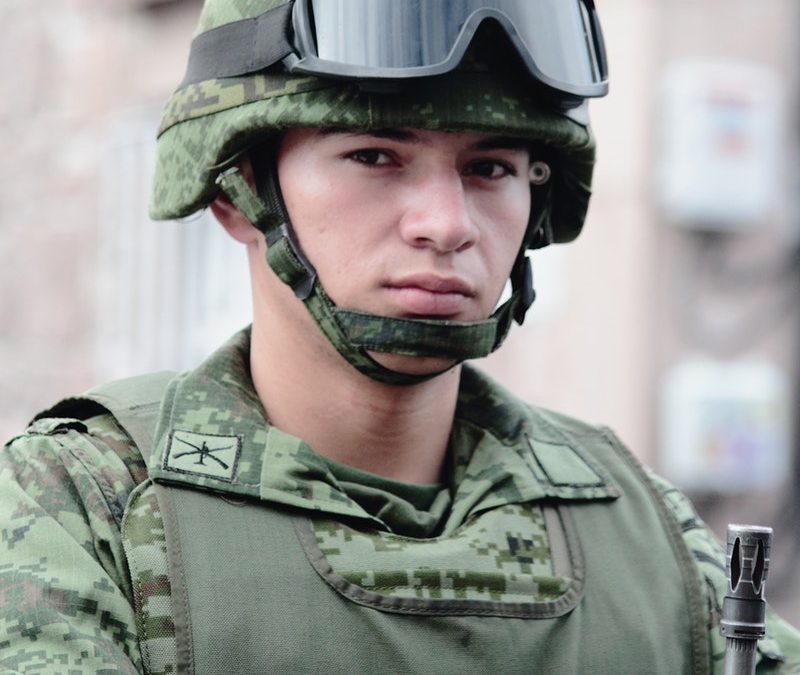 The Trump administration announced a new-ish ban on transgender people serving in the military on March 23. But in reality, there’s not much difference between this one and the ban he announced via Twitter last summer.

The new policy disqualifies transgender members “with a history or diagnosis of gender dysphoria; individuals who the policies state may require substantial medical treatment, including medications and surgery,” except under limited circumstances. Those circumstances of exemption are for members who are “stable for 36 months in their biological sex prior to accession,” service members who “do not require a change of gender,” and troops who started service under the Obama administration.

Advocates are calling this iteration of the transgender ban worse than the “Don’t Ask Don’t Tell” policy because it is a “categorical ban” requiring transgender members to live as their biological sex; thus, it would force people to choose between their humanity and serving their country. More offensive, the ban requires therapy to prove the lack of gender dysphoria, calling to mind conversion therapy, which urges LGBTQ people to “become straight,” sometimes by extreme means. In the case of trans people, denial of gender dysphoria is proven to exacerbate the problem, whereas the most effective treatment is transition, aligning the patient’s physical gender to their gender identity, as affirmed by both the American Medical Association and the American Psychology Association. But such alignment is now a disqualifying marker.

The Department of Justice justifies the ban by claiming the restrictions would improve unit cohesion, preparedness, morale and cost savings, according to documents supplied to one of four federal courts that imposed temporary injunctions to block the implementation of the first ban. The RAND Corporation, a nonprofit think tank, studied the costs of transgender soldiers in the military, using private insurance data to determine an estimated cost of $2.4-$8.4 million annually for the approximately 7,000 transgender service members at the time of the study. To put this in perspective, in 2014, the Department of Defense filled almost 1.18-million prescriptions to treat erectile dysfunction at a cost of $84.2 million. Not even accounting for inflation and the rising cost of medical care, that’s more than 10 times the expense of healthcare for transgender soldiers.

The DOJ requested the federal judges who already decided on their first ban to dissolve their injunctions as moot, but U.S. District Judge Marsha Pechman sees this for what it is: the government trying a new path around the injunctions. Pechman requested additional documentation to show how the new ban would affect the existing case, and cited a lack of facts to back up the assertions made by the DOJ attorney, Ryan Parker.

Moreover, Pechman issued a court order requiring that the Justice Department release the names of the military experts with whom Trump says they consulted for this new ban. The DOJ responded by saying they “choose not to identify” those consultants, a stance that defies her court order. An article published by Slate cited unnamed sources who claimed Trump’s “experts” included several anti-LGBTQ-rights activists, including Vice President Mike Pence, anti-transgender-rights advocate Ryan T. Anderson — whose book “When Harry Became Sally” shares some of the same pseudo-science — and Tony Perkins, head of the Family Research Council, which is on the Southern Poverty Law Center’s list of hate groups.

Courts require that the government show “exceedingly persuasive justification” for banning an entire subset of people from service in the lawsuits already filed against last year’s ban. Trump’s snap tweet in July 2017 — which took Defense Secretary James Mattis by surprise — makes it incredibly hard to prove any of the research cited to back up the government’s position. Military officials are also denying having been consulted, including the Chair of the Joint Chiefs of Staff Gen. Joseph Dunford. Lastly, after Friday’s announcement, the Pentagon went so far as to announce that it would continue abiding by Obama-era policies for the duration of these legal battles.

By refusing to comply with the federal court’s requirements, both in providing names of the ban’s authors and the research behind it, the government will be unable to use that information to defend the ban, leading to a fatal flaw: They can’t justify this discrimination. No amount of slight rewording of an unconstitutional policy will suddenly make it constitutional and, as such, hopefully this will be the last iteration of the ban against transgender people serving in the military.